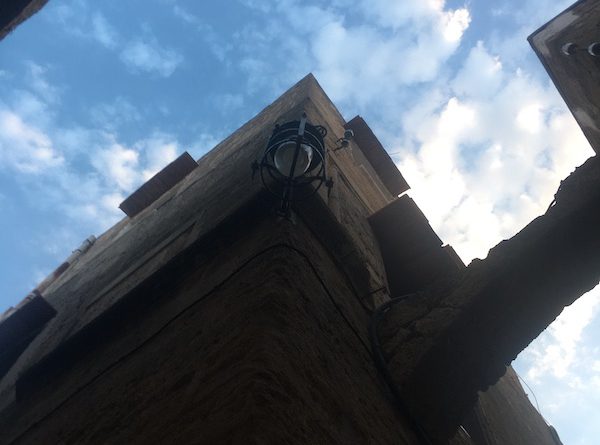 Old Town – Medieval city of Rhodes a pearl in the Mediterranean. UNESCO World Heritage Site, one of the few medieval cities still with walls and moat, a wonderful place where it is pleasant to get lost in its alleys and squares. Its walls and house walls are colored differently according to the seasons or the daily weather. The old town is full of life with all kinds of clubs, shops, bars, restaurants and night clubs. The “tour of the medieval walls” that begins from the Palce of The Great Master (check timetables on site), a walk in the moat and along the The Street of the Knights are absolute must.

Old or medieval town of Rhodes: the labyrinth of streets in the Bourg starts from Socratus, the hub of bazaar-style shops, overlooking shady squares, with cafes and outdoor taverns. The architecture blends neo-classical, medieval and Levantine features. Among houses dense with rickety wooden balconies, the Ottoman mosques stand out. Of all the attractions listed, do not miss the Hospice of the Italian Nation (1392) on Kisthiniou ‘, and the Panagia tis Nikis (Our Lady of Victory) built by the Knights in 1480 after the apparition of Mary miraculously brought to victory against the Turks.

This area encloses the Road of the Knights and the Grand Master’s Palace. From the new city, the main accesses are the Amboise and Eleftherias gates. The first, which introduces the palace from Dimokratias, was commissioned in 1512 by the Grand Master of Amboise. Eleftherias was built by the Italians and leads from Eleftherias to Platia Symi. From here a vaulted passage extends up to Apellou ‘.

The red mosque was built in 1522 in honor of the sultan’s victory over the Knights of Rhodes . Restored in 1808 with original materials of the time, it remains one of the most spectacular attractions of the city. Its splendid but crumbling minaret was removed in 1989, and the glorious flies of the past are now about to collapse: it is closed to the public for restoration.

The Hammam, the Turkish bath, was commissioned by the pascia ‘Mustafa’ in 1765. For decades it was a place of relaxation of the oriental aristocracy, then frequented by Greeks , tourists and the Turkish minority. The sectors were separated for men and women, then housed men and women in a single room every other day. It is now closed to the public.
Plateia Arionos , Medieval City

East of Hippocrates square, the Bourg embraces the Ovriaki ‘: the Jewish quarter of Rhodes from the 1st century BC until the German occupation in 1944, when the inhabitants were deported to Auschwitz. Continuing east along Aristotelous, we arrive at Plateia Evraion Martyron (square of the Jewish martyrs), dedicated to the memory of the victims of the Nazi concentration camps. In the center of the square a bronze fountain in the shape of a seahorse, and in the north the Admiralty: a solemn medieval palace. The synagogue is based in Simiou ‘.