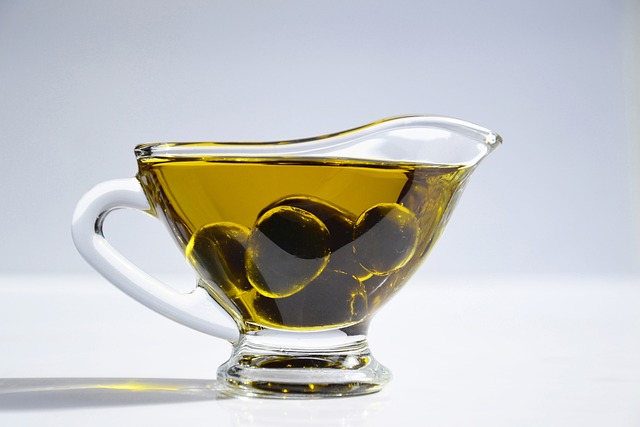 Olive Oil – Since ancient times, olive trees and their oil have been essential to the people living in Mediterranean basin and nowhere else as much as in Greece. The trees provided an edible fruit and an oil that was used for cooking , illuminating, purifying the skin and even as a lubricant. Tree pruning also provided wood for heating and cooking and this is still the case today in some villages in Greece . The Greeks consider olive oil as a precious gift, as important as gold. Their wealth is concentrated around it and this golden liquid has turned into their gold.

One would think that the olive tree is made specifically for Greece : it thrives so well in most regions of the country and loves the sea and the sun. The coastal regions have the perfect climatic conditions that it needs and a suitable ecosystem for the tree to produce and grow its fruit. These wonderful, fresh, olive green groves of Greece stretch in brilliant rows along the slopes of mountains, hills and coastlines, young and bright trees along with the old and majestic ones, just like the people who care for them and give them the life.

The olive tree was known to the Armenians and Egyptians. But the Greeks were the first to devote themselves to large-scale cultivation of the olive tree. Between the VII and the III century. BC Ancient philosophers, doctors and historians undertook its botanical classifications and reported on the healing properties of olive oil. This knowledge has been rediscovered today as modern scientists research and find the reasons why the Mediterranean diet is so healthy.

The olive has entered myth, legend and culture and was sacred to the goddess Athena. It was she who brought the olive tree to the Athenians and taught them the art of cultivation. A myth tells that she and Poseidon, the god of the sea , challenged each other for the assignment of Athens. The test consisted in giving the city a gift: whoever provided the most useful gift would become its protector. Athena and Poseidon met on the Acropolis: Poseidon struck a rock with his trident and a spring of salty water sprang from the earth.

Athena stamped her foot on the ground and the first olive tree sprouted on the spot. She was given the city, which has since taken her name and the sacred olive tree grew there that same day. Legend has it that when the Persians sacked and burned the city in 480 BC, they attempted to burn the tree as well but this immediately caused fresh leaves to grow and thus survived. The survival of the olive tree was also protected by law: there was capital punishment for those who cut or destroyed it.

This plant was so revered that there were rare rituals in which olive oil or an olive branch or an olive wreath was not present. Olive oil was widely used in cosmetics: Ira, Zeus’s wife, never failed to use it in her various attempts to seduce him. Homer tells that Ulysses built his wedding bed from an olive tree. And when the children went to bed in the evening the candle that burned olive oil was more than just a light to help them sleep: its soothing presence was the symbol of a flame that watched over their sleep.

The olive is also a symbol of peace and renewal. Another great culture of the Mediterranean, the Israelite one, owes much to its products and it is no coincidence that the dove that Noah ‘sent’ from the ark returned ‘with a green olive branch to indicate the return of peace on earth and the renewal of its fertility. It is equally significant that the kings of Israel were blessed with oil just as it happened to Jesus Christ. In the Greek Orthodox church today, olive oil is part of the baptismal ritual.

It was also a symbol of peace for the Greeks . The ambassadors carried green olive branches to indicate peaceful intentions and the “Kotino”, the olive crown with which the winners of the Olympic games were crowned, also symbolized peace. The games, then as now, were held every four years and during this period a truce was always declared from all wars. The different city-states of Greece were constantly at war with each other but all the fights stopped for the games and even the warring states challenged each other, now friendly, in the Olympic games. Nowadays, the green olive branch still symbolizes peace, for this reason it is also present in the United Nations emblem.

The Greek olive grower’s love and high esteem for this tree is passed down from generation to generation and from family to family. With the birth of a child, an olive tree is planted so that it will grow with the child. When the child starts school at the age of seven, the olive tree is ready to bear fruit. The blessed tree grows with the family, it will only have a much longer life and will still be there to protect the next generation. Each year, the olive tree gives an entire harvest in exchange for the work and love dedicated to it.

How to choose an olive oil

Taste, aroma and color are the indicators of the quality of olive oil.

Virgin olive oil: also called “selected”, it is an oil with an exceptional flavor, very delicate and with a level of acidity not exceeding 2%.

Olive oil: obtained by mixing virgin and refined olive oil. It has an acidity higher than 1.5%

Olive oil somehow manages to preserve, enhance and bring out the true taste of the ingredients and add its own personal touch to the dish. When a recipe requires olive oil, how do you know which type to use? The best way is to let your own taste be the guide. As a general rule, cook with “olive oil” and wet or surround with the extra virgin. Light and delicate dishes such as fish, chicken or veal require a more delicate and fruity olive oil.

Robust and highly seasoned dishes such as stews, soups or tomato-based sauces welcome a more fruity and flavorful olive oil, as well as steamed vegetables and salads. For roasts, barbecues and braised meats, which require strong and prolonged heat, “olive oil” is best because it is less expensive but has the same health properties as virgin olive oils. When frying, the oil creates a caramelized crispy crust that will allow only a small amount of oil to soak into the food. In vegetable dishes, its herbal tones blend excellently with greens. The ideal for cakes is sweet olive oil.

Benefits for your health

Those interested in healthy living have rediscovered olive oil. Doctors and dieticians are drawing our attention to the need to include olive oil in our diets, not only as a staple nutritional food, but also for preventive and therapeutic purposes. At the recent International Congress on the Mediterranean Diet, doctors presented the recent results of studies showing how olive oil can be useful for people with health problems such as high cholesterol, poor metabolism, obesity and breast cancer. It is also useful in fighting liver problems and is a natural remedy for constipation and gallbladder problems.

Recent research has shown that olive oil inhibits stone formation. It took 3,000 years for olive oil to become a subject of scientific investigation. Meanwhile, the Mediterranean people enjoyed its benefits and flavor. According to Dr. Dimitrios Trichopoulos, vegetables, legumes, fresh fruit, nuts and all grain products and a modest amount of dairy, fish and poultry, form a dietary combination that meets the health criteria as defined by science.